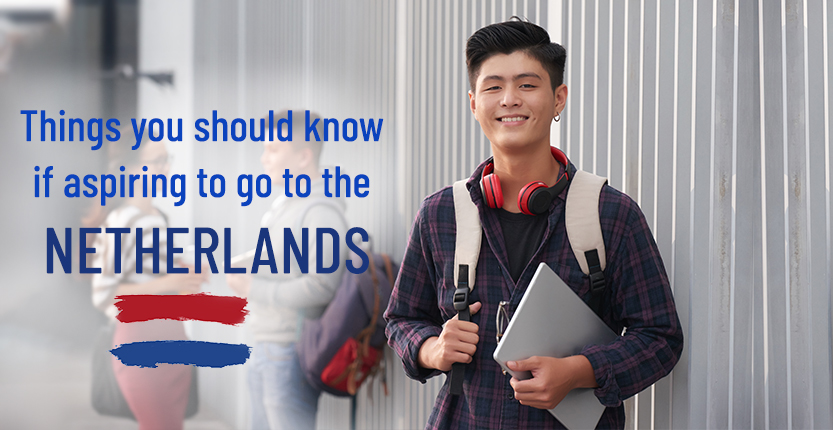 You want to study, work or live in the Netherlands, the first thing you need to understand is that you would have to Learn Dutch and appear for a variety of exams.

This article will tell you about some mandatory exams and essential information to make your journey a little easier.

But first things first, let us have a grasp of what are the different levels of the Dutch Language Course.

Now that you know the different language levels, we will tell you about the two most important exams that you will eventually appear in.

If you are migrating to the Netherlands from outside of the EU, you would most likely be subjected to the Inburgering Exam (Dutch Language Civic Integration Exam) to get a Dutch resident permit or apply for Dutch citizenship.

Here is some information about the structure of the Inbugeren Exam.

The exam is designed to ensure migrants to the Netherlands have a basic understanding of the Dutch language and culture. There are five sections with questions concerning.

There are two levels of these exams

The NT2 or the State Exams for Dutch as a Second Language are intended for people whose first language is not Dutch and who have learned Dutch at a later age. Diploma of State Exams Nt2 means that they have sufficient command of the Dutch language and can work or study in the Netherlands.

This exam is available in two different levels of proficiency:

Most educational institutions and companies require prospective students and employees to demonstrate sufficient fluency in Dutch by clearing the State Exams Nt2.

You might be confused with MBO, HBO and WO being used in the article, so let us make that more straightforward for you.

We feel that now you are sufficiently equipped with your basic understanding of the language and exams in the Netherlands. If you have any queries or want to know more about how to study/work in the Netherlands, feel free to contact our experts.

Why is it important to learn Dutch if you intend to stay in Netherland for a prolonged period?

The aim is to teach foreign languages to students, adults and working professionals all over the globe by Skype/Zoom.